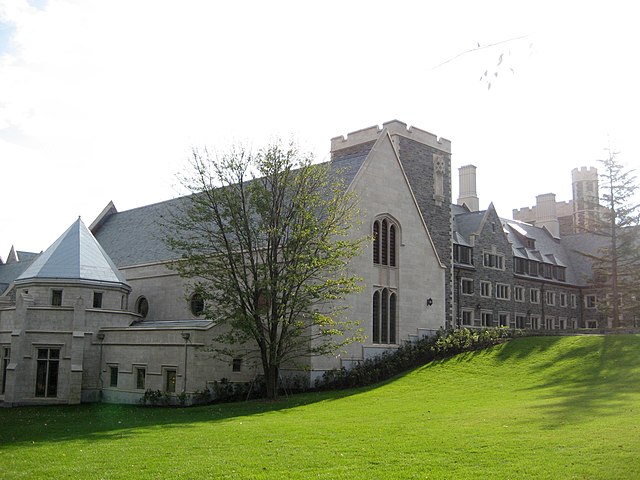 Whitman College is one of the six residential colleges at Princeton University, New Jersey, United States. The college is named after Meg Whitman, former CEO of eBay, following her million donation to build the college. The structure was designed by the architect Demetri Porphyrios, winner of the 2004 Driehaus Prize. Construction of Whitman College was completed in Fall of 2007; 2007–08 marked the inaugural academic year for the college.

Whitman is a four-year residential college, open to students of all four academic classes. Its sister two-year college is Forbes College. Although it is possible for any upperclassman to live in Whitman, priority for housing room draw is given to those upperclassmen who lived in either Whitman or Forbes as underclassmen.

The current master of Whitman is Sandra Bermann; she is the Cotsen Professor of the Humanities and a Professor of Comparative Literature department. Before becoming Master of Whitman, Bermann served as Chair of the Department of Comparative Literature for twelve years, as Master of Stevenson Hall, co-founded the Program in Translation and Intercultural Communication, and led the President’s Working Group on the Bridge Year Program. The master of Whitman was Harvey S. Rosen, the John L. Weinberg Professor of Economics and Business Policy. The Dean is Dr. Rebecca Graves-Bayazitoglu, the former Director of Studies for Rockefeller College. The Director of Studies is Dr. Justin Lorts and the Director of Student Life is Momo Wolapaye. Josue Lajeunesse, a custodian at Whitman College, is a main subject of the documentary film The Philosopher Kings, and is also an active humanitarian working to make clean water accessible to the people of his home village of Lasource, Haiti.

One of the more unusual aspects of the Whitman College system is its tradition of weekly "College Night" dinners, sponsored by the Whitman College Council and open to Whitman residents only. College Nights involve a number of different themes including Carnival, Halloween, and even a dinner themed after the NBC series "The Office". College Night dinners are popular among Whitman students but have sparked some controversy among the rest of the Princeton community.

Whitman College participates in seasonal intramural athletics, including soccer, volleyball and Ultimate Frisbee. Whitman also organizes a variety of other recreational activities, including a craft circle and the Jane Austen literary society.

In 2007, the college was criticized in a Bloomberg Businessweek article for its "over-the-top comforts."

"Its only fitting that Whitman College, Princetons new student residence, is named for eBay CEO Meg Whitman, because its a billionaires mansion in the form of a dorm. Each student room has triple-glazed mahogany casement windows made of leaded glass. The dining hall boasts a 35-foot ceiling gabled in oak and a state of the art servery. By the time the 10-building complex in the Collegiate Gothic style opened in August, it had cost Princeton $136 million. Gold-plating new dorms raises issues of taste and donor ego. More than before, impressionable students and ambitious parents have come to view college as a form of conspicuous consumption."